Religious Change and the Opening of Oxford

1850 Parliament appointed a Royal Commission to ‘inquire into the state, discipline, studies and revenues’ of the University and its colleges.

1852 The Report of the Royal Commission recommended a series of reforms. It also called for the ‘opening up’ of colleges by removing historic restrictions on fellowships and scholarships. But it did not contain any recommendations regarding the removal of religious tests, as the Commissioners had decided that these were beyond their purview. The University rejected most of its findings the following year.

1854 The Oxford University Act which aimed to enforce many of the changes recommended by the Commission passed through parliament. During the Commons’ debates, an amendment was introduced that no students would have to subscribe to the 39 Articles at matriculation, nor on graduation as BA, BCL, BM or BMus. It passed both houses.

1858 Jews Relief Act allowed Jewish men to sit in the parliament at Westminster.

1863 The Uniformity Act Amendment Bill was introduced in the House of Commons but withdrawn after some debate. It called for the end of the requirement to undertake a ‘declaration of conformity’ to the Church of England for those becoming professors, heads of colleges, fellows of colleges, and so forth at the Universities of Oxford and Cambridge.

1871 The Universities Tests Act passed the House of Lords and was given the royal assent on 16 June.

1920 Women were first awarded degrees at the University of Oxford

Cornelia Sorabji (1866-1954) who joined Somerville in 1889 and was the first woman and first Indian to read for the BCL in Oxford. Sorabji would not have been able to attend Oxford on account of her faith. 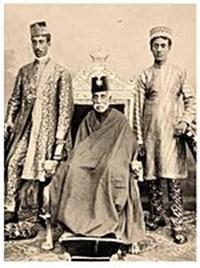 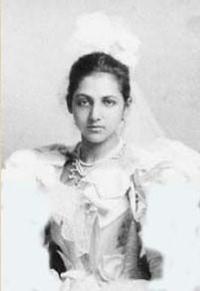 The Jewish philosopher Samuel Alexander (1859-1938) who won a scholarship to Balliol College from where he graduated in 1881. In 1882, he was the first professing Jew to be elected to a fellowship (at Lincoln College) in either Oxford or Cambridge (ODNB).