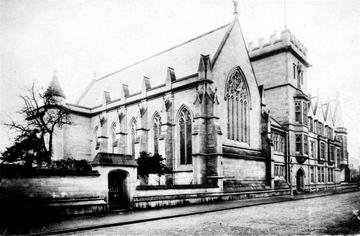 Manchester College was initially housed on the High Street but moved to its current Mansfield Road site (pictured) in 1893.

Ven. Sumangala's departure for Oxford onboard the 'Gloucestershire' was celebrated in the Sri Lankan English-Language newspaper Ceylon Daily News on 22 September 1919. An article entitled 'Buddhist Priest for Oxford Leaving the Island To-day' noted that the Thera would spend the next two years studying modern philosophy, the science of comparative religion, Oriental language and philology. But how did he get to Oxford in the first place? 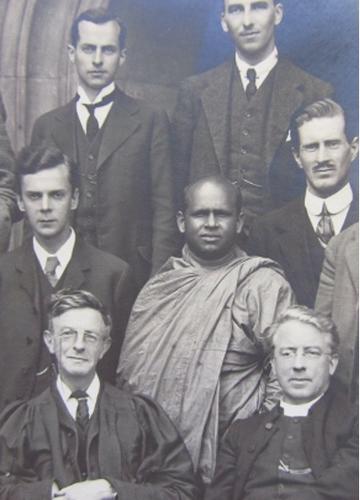 Up until this point, the majority of Sri Lankans who were awarded places at British universities, and specifically Oxford and Cambridge, were the sons of the landed aristocracy and the new elite in Sri Lanka. Ven. Sumangala, then, was an outlier, an interloper even, in the elite circle of young Oxford graduates from Sri Lanka at the time. Yet he was no ordinary monk. Ven. Sumangala had been a novice monk at a monastic college since the age of eleven and studied Oriental languages until he was 21 years old. At this age, he was fully ordained as a monk, and began learning English. Ven. Sumangala received a reference from one of the most revered monks in Sri Lanka at the time, Ven. Hikkaduwe Sri Sumangala, the High Priest of Adam’s Peak and Principal of Vidyodaya Pirivena (one of the leading monastic colleges in Ceylon). In that letter dated 1 March 1909, Ven. Hikkaduwe Sumangala wrote a glowing testimonial to J.E. Carpenter, the Principal of Manchester College. He wrote, ‘of the few Buddhist young monks in our island, who are acquainted with the Western languages and Sciences, he is the best. His aim is, I believe, to improve the ancient monastic free educational system of Ceylon introducing Western Sciences and philosophy and also to translate Pali Pitakas into English’. Owing to the weight of this testimonial, another recommendation from the Government of Ceylon, and the published works that Ven. Suriyagoda Sumangala produced over the following ten years, Oxford admitted into its annals a Buddhist monk from Sri Lanka for the first time in its history.

Ven. Sumangala was matriculated as a ‘non-collegiate student in Michaelmas Term 1919 and on 12th June 1920 was examined for the degree of B.Litt.’ His thesis was on ‘The rules of discipline of Buddhist Samaneras’ (Novices). His examiners judged his thesis as being ‘of a high standard of merit’. Following his successful completion of the B.Litt, Ven. Sumangala was admitted as a D.Phil candidate to write a thesis on ‘The Buddhist Theory of Rebirth’. The Oxford University Gazette of 31 May 1922 notes that Ven. Sumangala was due to have a viva on 5 June 1922. However, there is no record of the monk ever completing his DPhil, nor any reason given as to why this might have been the case.

There is little detail on Ven. Sumangala’s experience at Oxford, aside from him being listed as a ‘special student’, which meant he was in Oxford for study under special conditions (for instance, he was admitted free for residence and lectures). The Manchester College Oxford Report for 1921/22 suggests that the monk was one of fourteen students who enrolled in Michaelmas 1921 – the year he began the DPhil. The Report observes that ‘the types represented were also more various than usual, both in regard to religious outlook and to educational antecedents. In spite of these differences the group formed a singularly harmonious fellowship, and there was a marked quickening of the intellectual life of the College, which reacted favourably not only on particular studies but on the general religious spirit.’

Upon returning to Sri Lanka in 1922, Ven. Sumangala was appointed lecturer in Sanskrit, Pali and Sinhalese at the newly established University College in Colombo. He eventually headed the Faculty of Languages at the University for a period of five years. 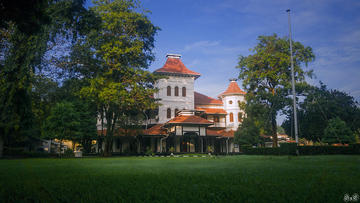 Shamara Wettimuny, DPhil candidate in History. I am immensely grateful to Kate Alderson-Smith, Librarian at Harris-Manchester College for providing access to most of my sources while I wrote from Sri Lanka. 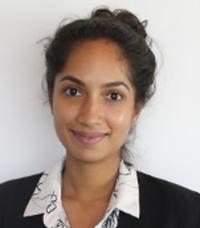