The Foundation of Pusey House

Pusey House is a chaplaincy, library, and social space. It is a centre for the Catholic life and witness within the Anglican Church.

We opened our doors on 9th October 1884, thirteen years after the University of Oxford admitted non-Anglican teachers and students. The House was built as a memorial to Edward Bouverie Pusey. For more than fifty years, Pusey had been Regius Professor of Hebrew in Oxford. From the mid-1840s, he had also been the main figurehead for the Oxford Movement which sought to re-state the essential catholicity of the Anglican Church. Pusey died on 16 September 1882 in his 83rd year. 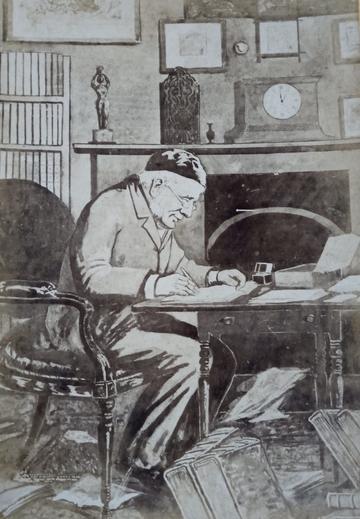 The 'Cabinet Portrait' of Dr Pusey in his study. With kind permission of The Principal and Chapter of Pusey House.

At that time, Anglican figures in Oxford were concerned that the Universities Tests Act would be followed by the abolition of college chapels and the creation of a new liberal, secular city. Henry Parry Liddon, who was Dean Ireland’s Professor of the Exegesis of Holy Scripture in Oxford and one of Pusey’s friends, launched a special plea. He felt that ‘the most serious effect’ of the Universities Tests Act was that young men who could potentially serve the Church as priests were being taught by those who rejected the Christian faith. This was the Act’s ‘deadly wound’ to the Anglican Church. The Church’s influence within the student body in Oxford was on the wane. So, Liddon called for independent colleges of priests around the city. They would devote themselves to undergraduates’ lives: their studies, occupations, and moral and spiritual needs.

The death of Pusey provided an opportunity to set up one such college. Immediately after Pusey’s funeral service, his friends gathered in his former rooms at Christ Church and resolved to start out on this project. In addition, they committed to raise money for research and new theological teachers. Liddon and Charles Wood (later Lord Halifax), among others, raised £25,000, being at least half a million in today’s terms, to go toward this in the first year after Pusey’s death. 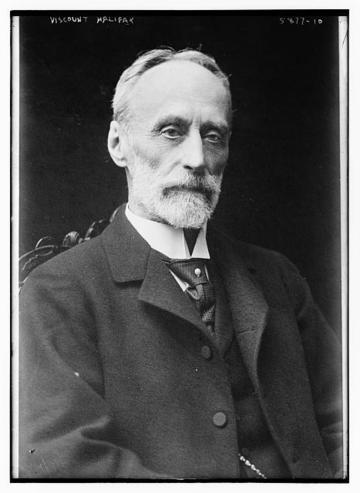 These men chose to acquire the whole of Pusey’s library from his executors as a foundation for the project. This remains to this day one of the most important theological libraries in the country. Moreover, the organising committee bought an eighteenth-century townhouse at 61 St Giles, which stood on our current site, and which is pictured here, for the purposes of housing the collection and a small staff of ‘Priest-librarians’ to serve Anglican students. The House was rebuilt from 1912. 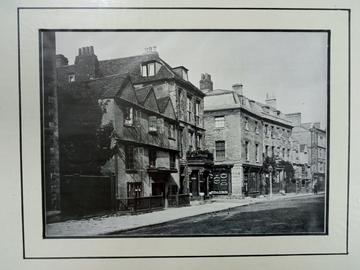 The eighteenth-century townhouse at 61 St Giles, Oxford. With kind permission of The Principal and Chapter of Pusey House.

Between 1884 and 1893, the House was run by Charles Gore, who was a prominent theologian and fellow of Trinity College. Under him, ‘it seemed as if the House was trying to become a monastery’, according to one of his colleagues. Pusey House was extended into the next-door property in 1889, and it was here that seven members of a society which encouraged priests to live ordered, celibate lives came to live together. They studied monastic rules in order to find a way to further respond to the decline of faith in Oxford and to the changed conditions of modern life. Their solution was to establish a new kind of religious community. The Community of the Resurrection was founded at the House in 1892 when six brethren made their formal profession. Its members would not be dead to the world but, as its Rule made clear, would be engaged in all kinds of ‘pastoral, evangelistic, literary [and] educational work’.

This community moved out of Oxford with Charles Gore when he resigned as Principal of the House. Five of its six founding members belonged to the Christian Social Union, which had itself been founded at the House. Its motive was to improve the Church of England’s social witness to the economic and industrial world, and so, the Community of the Resurrection moved to the industrial north. The Community of the Resurrection remains in Mirfield, West Yorkshire, today.

Pusey House as it appears from St Giles today. With kind permission of The Principal and Chapter of Pusey House.

Pusey House remains true to the vision set out by Liddon in a sermon he preached in Liverpool shortly before we opened our doors. It would be ‘a home of sacred learning, and a rallying point for the Christian faith’. Within the ‘University of the Future’ in which the Christian faith would be institutionally divorced from academic work, its chapter of priests and wider community would ‘exhibit solid learning’ allied to Christian piety in all of their work.

In the Chapel, the Library, and social space in the House, we endeavour to be a community in which all are made to feel welcome. You can still visit us 150 years after the Universities Tests Act which led to the foundation of the House. Visit our website http://www.puseyhouse.org.uk/ today. 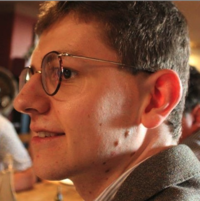