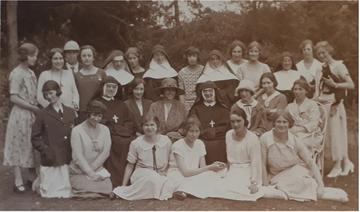 The Universities Tests Act of 1871 and the opening of the non-denominational Somerville College in October 1879 offered Catholic women the chance to study at Oxford, but papal approval of houses for Catholic women to attend the universities of England was not issued until June 1907. Run by women religious, Cherwell Edge met the conditions of the Vatican’s decree. A 1913 account by an alumnus explains how students continued their education in ‘conditions in which their religious and moral principles, far from being weakened, may be developed and strengthened’ while they could still enjoy the ‘poignant experiences’ and ‘simple but intense joys’ of university life. On 4th September 1907, the first secular students arrived. Later that year, nuns of the SHCJ began to attend university lectures. 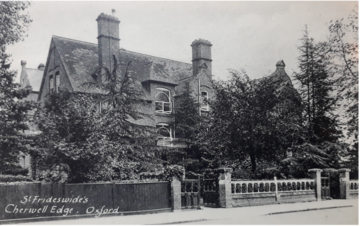 Founded in 1846 by Cornelia Connelly, the SHCJ’s work has largely been in education since its first sisters taught the poor school children and factory girls of Derby. With her fellow sisters, Cornelia developed a forward-thinking educational philosophy that valued a child’s individual abilities. 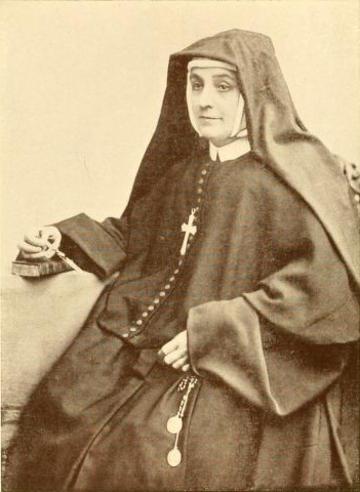 The first seven SHCJ sisters arrived in Oxford at the invitation of Father Strappini SJ to teach at St Ignatius Parish School within the chapel built by Charles Leslie SJ. As the SHCJ’s work expanded, an 80-year lease of Cherwell Edge was taken on and the Oxford community moved there in August 1904. Teaching in St Ignatius and St Aloysius Parish Schools continued since, grand and spacious, Cherwell Edge allowed the sisters to be involved in both primary and further education.

The OHS gave Cherwell Edge permission to house any number of religious students and 20 secular women in November 1907. However, from as early as February 1911, the SHCJ proposed to the Bishop of Birmingham that Cherwell Edge should become an independent hall. Mother Mary Amadeus Atchison feared that Annie Rogers - the dogged campaigner for women’s admittance to the University of Oxford, a brilliant classicist and Secretary of the OHS - would be ‘irate’. On the contrary, she found Rogers both ‘nice’ and ‘reasonable’. The academic, herself all too aware of the gradual pace of change, advised the sisters that their ‘straightforward’ plan was nonetheless ‘premature in the present condition of things’. 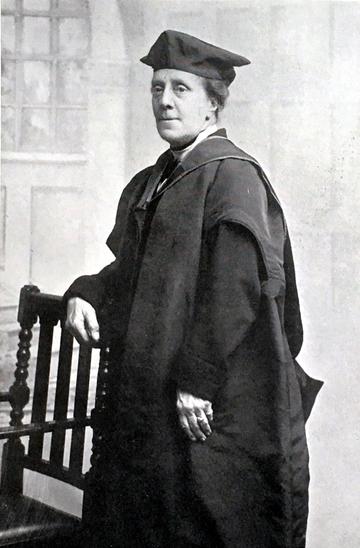 Annie Rogers at her degree ceremony, held 43 years after she had completed the necessary examinations.

During the 1920s, difficulties arose between the SHCJ managing Cherwell Edge and University authorities. The University Controller proposed that Cherwell Edge’s status should be demoted from a hostel to an ‘approved house’ while there was a move to reduce the overall number of women students attending the University of Oxford. A new University statute of 1927 defining a hostel as student accommodation ‘on a permanent footing’ gave institutions like Cherwell Edge a more secure and ‘dignified’ position. 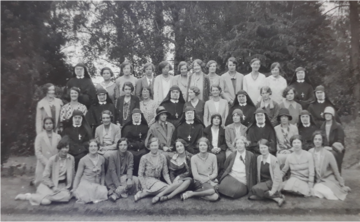 A 1924 Gaudy reuniting SHCJ nuns and past students.

Despite these moments of tension, the SHCJ sisters of Cherwell Edge and OHS staff continued to work together. In 1935, policemen visited Cherwell Edge to investigate whether poor men fed at the Convent caused a disturbance in the neighbourhood. Although the police admitted to Reverend Mother there was no evidence these particular men caused the trouble, the community felt they must give up their customary act of charity. Grace Hadow, the OHS principal, sent a letter to all OHS principals exonerating the sisters as she felt ‘I could not let such an attack on Cherwell Edge go unanswered’. She stated, ‘I do most warmly appreciate the sacrifice you are making’.  Mother Marie Therese reported in 1940 that Miss Plummer, a later OHS principal, regarded Cherwell Edge as an ‘integral part’ of the OHS and ‘would no sooner contemplate its extinction than the amputation of a limb’.

Sister Philomena Grimley, who came up to Oxford as a student nun, remembers the challenge of maintaining ‘the rhythms of religious life’ while under the strain of studying. Such hardships were eased by the pleasures of life in Oxford, including watching the seasons change on daily walks through University Parks to her tutorials. 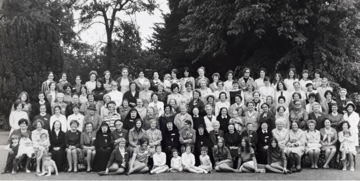 Generations of Cherwell Edge students with the Oxford SHCJ sisters at the Farewell Gaudy in 1969.

From 1959, a proposal was considered to make Cherwell Edge a dedicated hall for women religious. However, the SHCJ was not able to convince the University that it could assist with the shortage of teaching staff or solve other disadvantages to the scheme. After a total of 702 students, some from as far as Grenada, Kenya, India and New Zealand, the Oxford SHCJ community moved to Norham Gardens in 1970.  There, the student’s hostel became a conference centre, retreat and meeting space.

Although the SHCJ’s foundress, Cornelia Connelly, died in 1879, it is tempting to imagine her finding common ground with Annie Rogers and other pioneers of female university education. Proud to teach subjects traditionally dismissed as too difficult for girls, Cornelia would surely have approved of her Society’s future role supporting hundreds of women taking degrees and realising their intellectual worth.

Isabel Keating, Archivist for the European Province, The Society of the Holy Child Jesus CIO. 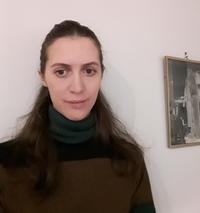