The Oxford Centre for Hebrew and Jewish Studies

The enrichment of the University across a wide range of fields through the admission of professing Jews was considerable already in the decades immediately after 1871 and much amplified by the outstanding contribution of refugee scholars in the 1930s, but in Oxford the study of Hebrew was considered primarily the province of biblical scholars in the Faculty of Theology (specifically excluded from the Universities Tests Act), so that, despite the efflorescence of the scientific study of Jewish history and Judaism on continental Europe from the early nineteenth century, Oxford was slow to encourage study of Jewish culture in its own terms. The outstanding Hebrew collections in the Bodleian had long attracted Jewish scholars, and Adolf Neubauer, who was employed to catalogue Hebrew manuscripts from 1868, was appointed reader in rabbinic Hebrew in 1884, but Hebrew and Jewish Studies only began to be properly recognised by the University as a serious area of study with the appointments of Cecil Roth as Reader in Post-Biblical Jewish Studies (in 1938) and of Chaim Rabin as Cowley Lecturer in Post-Biblical Hebrew (in 1943).

Roth (in the Faculty of Modern History) and Rabin (in Oriental Studies) were intellectually quite isolated in Oxford, despite their considerable impact on the wider world of Jewish Studies, but in 1972 the University accepted the arguments of David Patterson, a specialist in modern Hebrew literature who had been appointed in 1956 to succeed Chaim Rabin as Cowley Lecturer, that the destruction of centres of Jewish scholarship in Europe and the strength of the Bodleian collections provided a rationale for a major initiative to establish Oxford as a centre for the study of postbiblical Jewish culture, establishing the Oxford Centre of Hebrew and Jewish Studies. 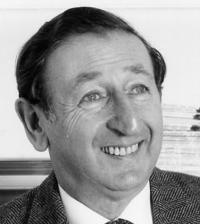 David Patterson, Founding President of the Centre for Hebrew and Jewish Studies.

The new Centre was set up as an affiliated centre of the University, to be governed as a separate charity with a proportion of trustees appointed by the University but without recourse to University funds. Such an arrangement was completely novel at the time, but it proved exceptionally effective. The Centre has flourished over the past fifty years, financing the majority of the posts which enable Jewish studies to be taught in the Faculty of Oriental Studies, enabling the Faculty of Theology and Religion to include the teaching of Modern Judaism on its syllabus and the Faculty of Medieval and Modern Languages to teach Yiddish, and housing a very wide range of research projects which build on the strengths of the University in the wider Humanities and library resources (including the Centre’s own Leopold Muller Memorial Library, now administered by the Bodleian Libraries). 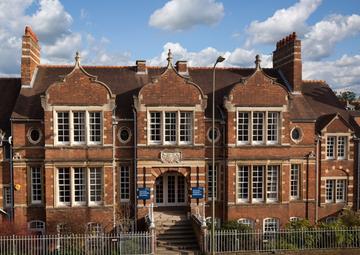 After some forty years housed in its own premises in Yarnton Manor, just outside Oxford, since 2014 the Centre has been provided by the University with space in the Clarendon Institute in Walton Street, where the Muller Library is also housed, and the research programme of the Centre has been formally integrated into the Faculty of Oriental Studies.

Martin Goodman is Professor of Jewish Studies, Faculty of Oriental Studies, Fellow of Wolfson College, President of the Oxford Centre for Hebrew and Jewish Studies 2014-2018. 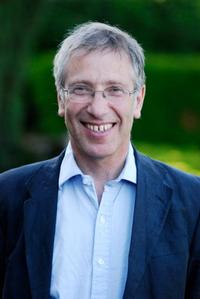