Methodism and the Universities Tests Act

Initially, Methodism was very much a university movement. John and Charles Wesley were both Oxford graduates (as was their father, Samuel, and their elder brother Samuel junior). The name ‘Methodist’ was first coined in Oxford in a derisory account of the Wesleys’ ‘Holy Club’ that met at Lincoln College and initiated the movement. John Wesley was very conscious of his status as a graduate and a fellow of Lincoln, rarely omitting in publications that he was an Oxford MA. Of course, the Wesleys, George Whitefield and the early Methodists were Anglicans who remained within the Church of England. But this was an uncomfortable relationship. In 1744, Wesley preached a controversial sermon on ‘Scriptural Christianity’; and resigned his Fellowship on his marriage in 1751. In 1768, St Edmund Hall expelled six Methodist students for talking of regeneration and inspiration in a way that offended the Vice-Principal. Wesley’s decision to ordain clergy for America, and then Britain, created a breach that became formalised after his death in 1791. Thereafter Methodists, outside the Church of England, were barred from the universities. 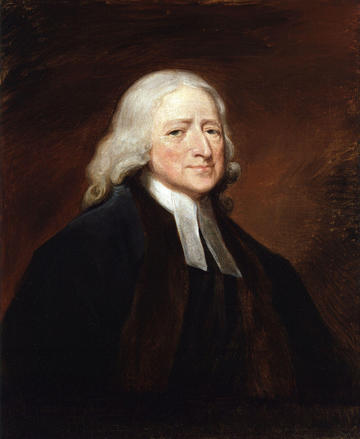 For Methodism, preaching and worship was much more about sincerity of conversion and strength of the spirit than about formal theological education. This was especially so for ‘Primitive Methodists’, a branch that was especially strong among the working classes. So Methodists tended not to regard a university education as important in the first half of the nineteenth century. Indeed, there was widespread opposition to formal ministerial training within Methodism. However, in the 1830s ministerial residential training was begun in Hoxton and later in colleges in Manchester, Richmond and elsewhere. Methodist teacher training colleges also opened in the 1850s to supply Methodist schools. By the second half of the nineteenth century, Methodist ministers were expected to have four years of theological training. But these institutions looked towards the University of London for their awards, as Oxford and Cambridge were closed to Nonconformists, and the London external degree was ideally suited to candidates across the country.

The passage of the 1871 Universities Tests Act meant Methodists could return to Oxford. The opening of Wesley Memorial Church in New Inn Hall Street in 1878 gave Methodism a stronger presence in the city, and from 1882 the Wesley Guild was formed for Methodist students at Oxford. Hugh Price Hughes, as superintendent minister in Oxford from 1881 to 1884, spearheaded an attempt to revitalise Methodism among the students. He formed a mission for the purpose. 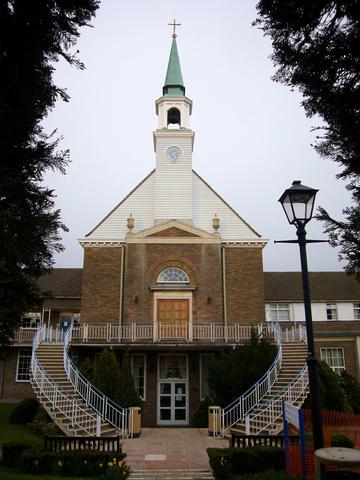 The Chapel of Westminster College, Oxford

Thereafter, Methodists returned to the University in increasing numbers, though most distinguished Methodist leaders were London graduates until the 1950s. When in 1958 Westminster College was looking for a new home, Oxford was the obvious choice and, despite its failure to secure acceptance in the University, the College relocated to Harcourt Hill, just to the west of the city.

John and Charles Wesley would perhaps be gratified by the plaque in the floor of Christ Church, at the foot of the pulpit and by the portrait of John in the Great Hall. But Wesley, who had said that ‘I live and die a member of the Church of England’, would have been pained that for nearly a century his followers were excluded from the University that educated him. 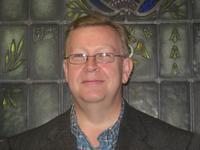