A Home for Black Students

My most memorable encounter with religion in Oxford was in late 1988, in the third year of my DPhil. My college had refused to confirm my status as a DPhil candidate, despite me having passed the internal assessment. Having had a government grant for my masters, I was only entitled to two more years of financial support, leaving the third year of my doctorate uncovered. I could not produce upfront evidence of the financial resources to cover the year’s continuation fees and my living costs, even though I was then working part-time as a research assistant.  To find out what support the University’s hardship fund could provide, I went to see a welfare officer at University Offices in Wellington Square, who, after I had explained my situation, told me to get down on my knees and pray. I burst into tears and managed to resist, leaving the room knowing that no help would come from that quarter.  My doctoral status was confirmed after a white ally gave the college a high valued share as collateral. 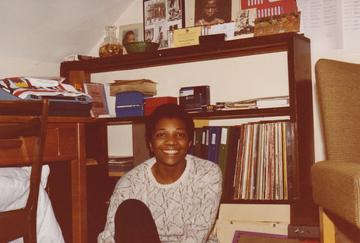 Patricia Daley in her College room, 1988.

My experience at University Offices left me wondering what happened to other vulnerable students who entered that space. This and other problematic encounters cemented my concern with student welfare throughout my academic career at Oxford. 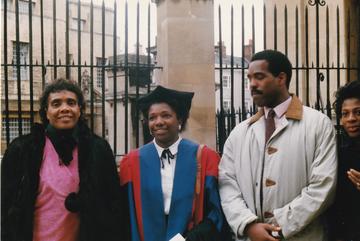 I realised later that the person in University Offices was also the international student adviser and that Christian charity enabled international students to feel at home in Oxford. I had Christian and Muslim student friends who lived happily in the North Oxford Overseas Student Centre on the Banbury Road. Looking into the history of the Centre, I discovered that it was established in the 1960s by an organization set up by the Inter-Collegiate Christian Union at a time when overseas students struggled to find private accommodation in private homes, when landlords across the UK were known to display signs such as ‘No Irish, no blacks, no dogs’. Subsequently, I learnt that Commonwealth House on Pembroke Street in the centre of the city was set up by Christians for the same reason, to provide sanctuary spaces against systematic racism. 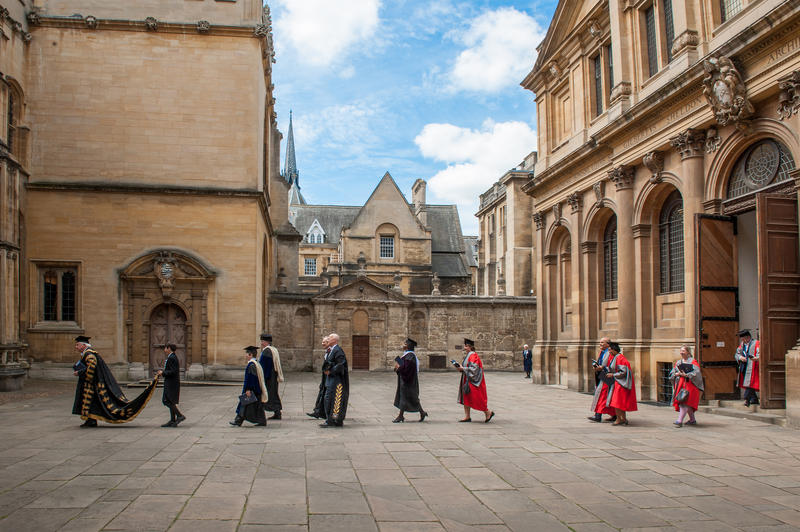 Patricia Daley (centre) in her role as University Assessor.

Fast forward to 2021; much has changed, the collegiate university now provides accommodation for almost all students and welfare provisioning is widely available irrespective of faith, race, or ethnicity. However, assumptions are still made about the nature and depth of my religiosity as a black person, which are supported partly by facts, in that the fastest growing Christian communities are in Africa, and in the African diasporas of formerly enslaved peoples, the Church, as the African-American sociologist W.E.B. Du Bois argued, remains the ‘social centre’ of black life. Yet, the breadth of black spirituality is still only partially understood. Following Colin Kaepernick, I take the knee for a different purpose.

Patricia Daley, Professor of the Human Geography of Africa at the University of Oxford, and Fellow and Geography Tutor at Jesus College. 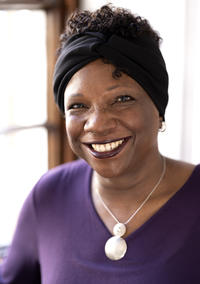