When I arrived at Wadham as a graduate student in 1979, the political hot topic of the time was the struggle against apartheid: by then, most provisions of the 1871 Tests Act were of merely historical interest. But, not the Act’s stated objective, to render the best education ‘freely accessible’ to the whole nation, without formal adherence to the articles of the national Church. The breakthrough of the 1970s was that many more colleges had started admitting women, Wadham typically being a step ahead of many of the rest, along with four other colleges in 1974.

As a historian of Islam in South Asia, a subject of peripheral interest in those days, my work straddled the faculties of History and Oriental Studies. The need for a multi-disciplinary approach to the study of Muslim societies was obvious. By the time I joined the fellowship at St Cross in 1983, many colleagues and former tutors supported early hopes of setting up an academic space in this field that would broaden the richness and diversity of Oxford.

To many at the time, the concept of a multi-disciplinary, inter-disciplinary institution formally committed to a diverse cultural and social mix seemed a bit radical, even implausible. Nevertheless, the far-sightedness of Hebdomadal Council and the generous hospitality of St Cross made it real. The Centre was duly established in 1985 with the University nominating two Trustees to its Board. Its founding Deed of Trust committed the Centre to promote academic excellence in the study of Islamic culture and civilisation and contemporary Muslim societies and ‘the maximum possible cooperation and collaboration [with] the University of Oxford’.

In 1993 The Prince of Wales consented to be the Centre’s Patron and delivered a watershed lecture at the Sheldonian on the need for mutual respect between Islam and ‘the West’. 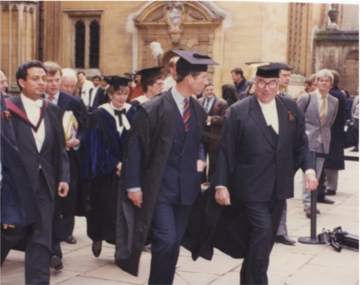 The Centre’s Patron when he lectured at the Sheldonian in 1993 with then-Chancellor Roy Jenkins ©OCIS.

Fast forward, through years of struggle to gather the financial and human resources which these objectives demanded, to 2006. In that year, the Centre was designated a ‘Recognised Independent Centre’ (RIC). Meanwhile it had moved premises from the hut leased from St Cross to larger premises in George Street with the space to expand its fellowship programmes and set up Islamic Centre Lectureships with some faculties of the University. 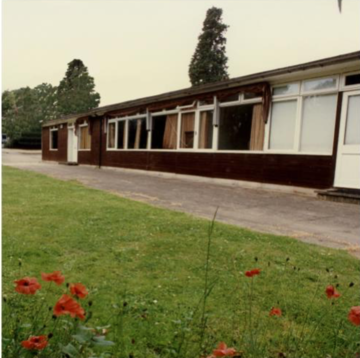 The Centre has since welcomed to Oxford numerous scholars and statesmen -- among them President Nelson Mandela -- who affirmed the need to build trust and common ground. 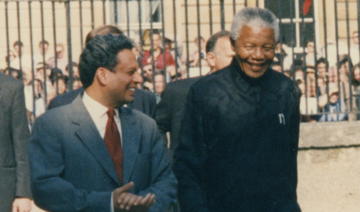 In 2012 the Centre was granted a Royal Charter, the first such institution to be thus recognised. In 2014 the ‘Elders’ (a group of Independent global leaders founded by Nelson Mandela) met at the Sheldonian for a panel discussion, hosted by the Centre, on ‘Conflict, Dialogue and Peace: Speaking Truth to Power’.

On the banks of the Cherwell, next to Magdalen and with the active support of the College, the Centre was eventually able to construct purpose-built premises on the scale of smaller colleges. The new building was inaugurated in May 2017. It was designed to harmonise with the familiar style of Oxford colleges, while also showcasing distinctively Islamic features in both the building and its gardens. 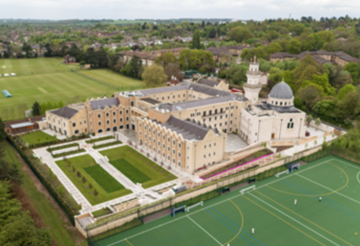 The Centre's building inaugurated in 2017 ©OCIS.

Last year the Centre celebrated 30 years of publishing (through OUP) the Journal of Islamic Studies, which has an established international reputation in the field. The teaching, research and publications of the Centre’s fellows and visiting fellows (the latter from some 50 different countries over the years) add to the Centre’s record of output across academic disciplines.

The Centre continues to fund scholarships, fully supporting up to 25 undergraduates and/or graduates matriculated by colleges. Centre Fellows, most of whom are active members of University colleges and departments, for which they carry out teaching, supervision and examination duties, act as mentors to the Scholars. Disciplines currently represented in the Fellowship include anthropology, Arabic, development studies, economics, history, law, sociology, theology, international relations, and Oriental studies. Colleagues hold fellowships at a number of colleges, including Green Templeton, Linacre, Magdalen, St Cross, St Peter’s, Wolfson, and Worcester. 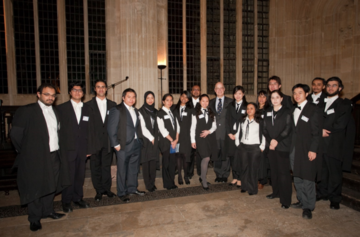 With the category of RIC to be discontinued, there is an opening to improve upon the more than three decades of experience of working closely with individuals and institutions across Oxford. The Centre’s fellowships, scholarships, lectures, seminars, and library will continue to enrich Oxford academic life.  There are several avenues whereby old relationships can be strengthened and new ones forged.

All in all, what can be learned from our experience is this: Muslims in Britain, though well settled and growing in number, with many of them prominent in numerous sectors of national life, still face challenges that others do not. That was also true of the Dissenters denied access to the country’s elite universities on the basis of religious difference. But theirs was a difference of stream within a broader cultural and political flow. Eventually, that difference was recognised as safe, the 1871 Act being a major accelerator of that recognition. Our hope and expectation is that, with time, attitudes towards Muslims will continue to change. Just as the Church never was disestablished by admitting Dissenters to the University, so the presence in Oxford of an independent institution of Muslim inspiration can bring diversity and new insights, with gain, not loss, to the scholarly traditions and reputation of the University. 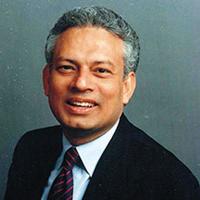