Being a Jewish Head of House

It is strange running an institution where you know that when it was started in 1509 your family were pedlars in Poland or possibly further East towards the Middle East, and where you could not even have been considered as a Principal until the middle of the last century. The Universities Tests Act of 16th June 1871 was a significant step on this road.

Until 1932 there was compulsory attendance at chapel in my College. Even today, it would not be possible for me to become the Dean of Christ Church who has many ecclesiastical functions or head of some of the Permanent Private Halls which require a Christian at the helm. 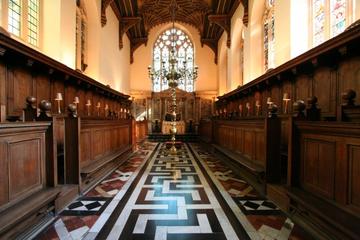 It makes me more proud that we are now a tolerant inclusive institution and determined to keep it that way. But is being a Jewish Head of House any different from being a non-Jewish one? Of course, for many it will not be, but I hope I have put a particular stamp on my approach to the role by reason of my Jewish heritage. I grew up on the small Grimsby Jewish community and still go back for the Day of Atonement services, part of which I conduct.

I am by no means the first at Brasenose. There have been several of my predecessors who had at least some Jewish heritage. W.T.S. Stallybrass was the Law Fellow and the Principal between 1936 and 1948 and his name was the Anglicised version of Sonnenschein. His father was a publisher from Germany. Far from disguising his origin by the change of name as he hoped it would, he was known as Sonners by everyone in the College! He was interestingly one of those pushing most strongly to abolish compulsory chapel.

Maurice Platnaeur the Principal between 1956 and 1960 came from a family which owned jewellery shops in Bristol and Birmingham until quite recently. He was a Classicist. 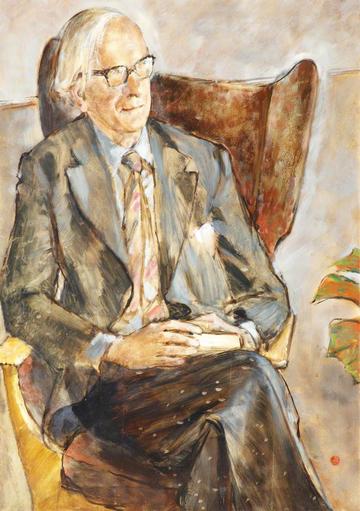 Herbert Hart was from an orthodox family and grew up in Harrogate. He moved well away from his origins religiously but was always proud of his Judaism. I well remember him addressing a meeting of the Oxford Jewish Society one Friday night when I was a student and ostentatiously (so it seemed) playing with the money in his pocket. His contribution to Jurisprudence was immense (the first three holders of the Professorship he graced were all Jewish) and his book The Concept of Law is still used by students some seventy years after it was written.

Alan Bowman came from Manchester and was my immediate predecessor. He was a historian of the Roman period whose expertise is in reading and interpreting Greek papyri, ancient texts surviving in the dry conditions of the Egyptian desert. This found an unexpected but rich application in the Vindolanda Tablets, texts on wood including private letters related to the Roman garrisoning of its British northern frontier. A longstanding interest of his, closely intertwined with papyri, has been the nature of the Mediterranean economy under Roman control.

Ironically enough, I attend chapel more than most fellows or students, primarily because it is wonderful to hear the singing. It also provides a time for reflection in a usually busy week, and I like supporting the Chaplain, and the Director of Music in particular, and people of faith in the College community more generally. I do not join in in singing the hymns as this is not my religion but I love the place and the ambiance. I often read the Old Testament lesson (including in the virtual version we had to do during the coronavirus pandemic). The sermons are interesting too and there is a great atmosphere. I have my own ‘stall’ where no one else is permitted to sit! My late mother would be very proud. 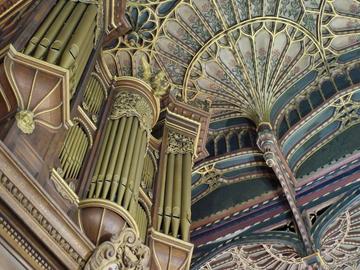 I do not have to say grace in Hall; that is the role of the Bible Clerk and I am more grateful for his or her services than I can say especially as the grace is long and in Latin. We do not have a choir school as does Worcester or Christ Church, but we do have a large number of Christian devotees.

We keep a menorah in the Drawing Room of the Principals Lodgings and it has been present in several photos where those being photographed in front of it would not have the least idea what it is or of they did might be hostile! We also have mezuzah on all the doors of the Lodgings, one of which was put up and blessed by the Chief Rabbi Ephraim Mirvis who happened to be in Oxford on a visit.

We have had Friday night dinners in the grand Tower Bursary which is part of the Lodgings, and the large table there would be perfect for a Seder, although so far we have not in fact done this. When Chanukah is in term-time we arrange a Chanukah party. I am pleased that this has been taken up as an idea by some other colleges. We have doughnuts and latkes and have to keep a cap on numbers because here is great interest.

We always hold a service in chapel on Holocaust Memorial Day. On 29 January 2019 our alumnus Rabbi Roni Tabick, Rabbi of New Stoke Newington Synagogue (of which my family are members) gave the Sermon. Few who were at the Service will forget his beautiful rendition of the Hebrew Lamentation for the dead Ail Moli Rachamim in both Hebrew and English. With the lessons from the Holocaust all too obvious, Roni spoke about the difficult use of language to stigmatise ‘the other’ in society in a way that dehumanises.  The choir sang a Yiddish song Unter dayne vayse Shtern which was written in the Vilna Ghetto by the poet Avraham Sutzkever. This was, I suspect, the first time that a Yiddish song was heard in a chapel service in our beautiful chapel. On other years we had addresses from Rabbi Michael Rosenfeld-Schueler, Jewish Chaplain to Oxford University and Dr Ed Kessler the Founder Director of the Woolf Institute in Cambridge. The Rabbi of New North London Synagogue Jonathan Wittenberg has also delivered a sermon in the chapel. 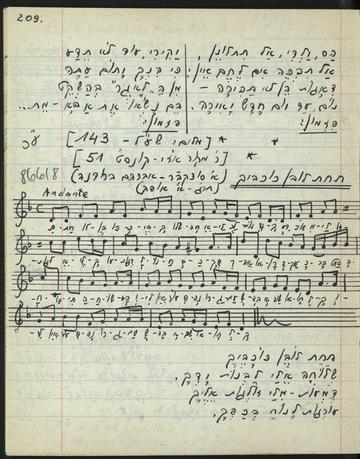 We have a few Jewish students but so far, no issues on keeping kosher. My daughter got married in the College in a Jewish wedding in July.

I have spoken to the Oxford Chabad Society twice and I go to the Oxford Jewish Centre as much as I can. This is an unusual Jewish institution in that all sections of the faith are represented there, Orthodox, Progressive, and Reform in the one building. 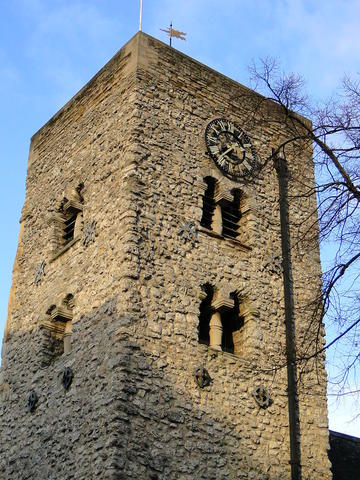 Anglo-Saxon Tower of St. Michael at the Northgate, Oxford.

I also gave a lecture for the Oxford Council of Christians and Jews at St Michael’s Church in Northgate. This is called the Harries Lecture in honour of the former Bishop of Oxford Lord Harries, who is best known as still a frequent contributor to Radio Four’s ‘Thought for the Day’. I spoke about the protection of freedom of religion under the European Convention of Human Rights and in particular the recent cases on headscarf, the veil, and the wearing of crosses.

I like to think that my background does influence the way I work in several subtle ways. I am more keen on widening participation than otherwise I might be. I try to take a particular interest in the needs of Muslim students too and like many Jews am drawn towards the study and practice of human rights law. I thank those Whigs who made it possible by the Tests Act for me to be a Jewish Head of House. 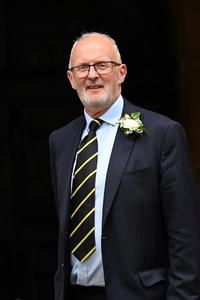