Women and the Universities

It is seldom remembered that there were respected women scholars and teachers in the Islamic world long before this was possible in Christian Europe. Women jurists can be found across most of the Muslim world from the 700s to the 1500s, who did not teach exclusively on gender-specific themes. In the Christian world, perhaps the first woman student to attend a university was called Nawojka, and she did so around 1407-1409. Having disguised herself as a man, she spent two years in the Faculty of Arts in Kraków. She was on the verge of obtaining her degree when her identity was revealed. Questioned by the university authorities, she said she had done it ‘for the love of learning’. She asked to be sent to a convent, where she eventually rose to the position of abbess. 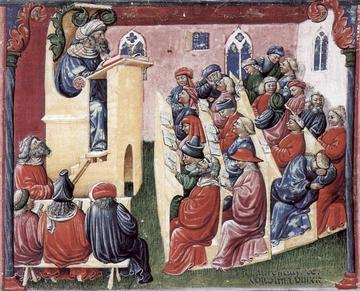 Laurentius de Voltina, Bologna in the 1350s: student at the back, far right, is beardless.

The first woman University teachers may have been even earlier, though hard evidence is not easy to come by. Novella, daughter of the canon lawyer Giovanni d’Andrea, is said to have occasionally substituted for her father as lecturer in the University of Bologna in the fourteenth century. Christine de Pisan, was writing about sixty years after the event, makes this claim in her Book of the City of Ladies II.36.3. In the fifteenth century, Dorotea Bocchi, a doctor, is not only said to have continued her father’s lectures in medicine and moral philosophy at Bologna, but to have been awarded a salary of her own, of a hundred lire. Two of the leading humanist professors in early sixteenth-century Spain, the grammarian Antonio de Nebrija at Salamanca and Juan Sobrarias, professor of liberal arts at the University of Saragossa, gave their respective daughters, Francisca de Nebrija and Juana Sobrarias, humanist educations, and both women are said to have lectured as occasional substitutes for their fathers. Luisa de Medrano, who died in 1527, succeeded Antonio de Nebrija as a lecturer at Salamanca, and another woman, Clara Chitera, a student of medicine and mathematics, is said to have matriculated there in 1546. 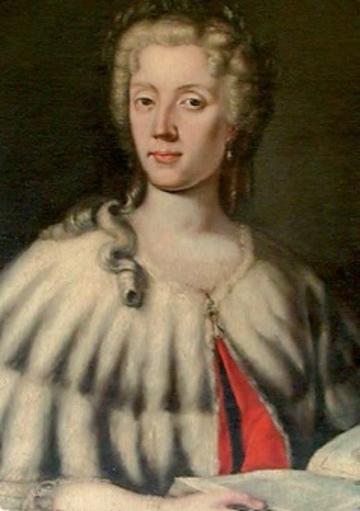 The University of Bologna was unusually receptive towards women in the early-modern period. Women were allowed to attend classes at the University, though under certain restrictions. Studying canon law and jurisprudence was not open to them, but they could study history, literature, botany, and perhaps astronomy. The painter Lavinia Fontana is said to have received a doctorate from Bologna in 1580, but the first woman who certainly took a PhD, Elena Piscopia, did so in Padua in 1678 amid a blaze of publicity. The second certain woman PhD was Laura Bassi Veratti, a physicist, who was awarded the degree at Bologna in 1732, and was subsequently appointed to the University’s Chair of Experimental Physics in 1776. In 1793, Bologna appointed another woman professor, Clotilde Tambroni, to the Chair of Greek. Bassi’s public role inspired a German woman, Dorothea Erxleben, to fight for the right to education: she was admitted to the University of Halle by a special dispensation from Frederick the Great and graduated in 1754. Her example, in turn inspired a group of professors’ daughters at Göttingen, the ‘Universitätsmamsellen’, who began campaigning for women’s right to higher education, without much success, in the second half of the eighteenth century. These pioneers were remarkable women, but it was not until the 1840s that any institution started to make a regular practice of admitting women: it was the University of Zürich. 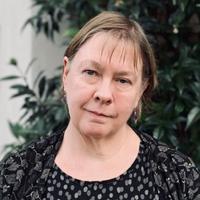