University College’s ‘Millenary Dinner’; or: The Anglican Church Reflects on the New Act

For many centuries it was claimed that University College (‘Univ’) was founded by King Alfred in the 870s. Alas, even in the 1730s it had been revealed that this had been a falsehood, concocted in the 1380s to attract the support of Richard II (who took a keen interest in his genealogy) in a property dispute. Nevertheless, members of Univ were reluctant to deprive themselves of the lustre of King Alfred as a Founder, and on 12 June 1872 the Master and Fellows of Univ invited back many of their most eminent former Fellows and undergraduates, including the Chancellor of the Exchequer, Robert Lowe, and the Dean of Westminster Abbey, Arthur Stanley, for a grand ‘Millenary Dinner’ to mark the College’s 1000th anniversary.

Even at the time some people were not quite sure of the historical legitimacy of such an event – it is even rumoured that the then Professor of Modern History sent the College some burned cakes for the event. Nevertheless, the College did put on a very grand dinner, as can be seen from the attached menu. 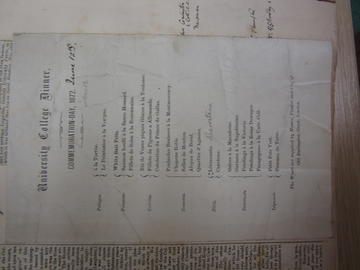 As was the custom at such splendid Victorian dinners, there were a great many toasts at the end of the meal, each proposed and answered by appropriate speeches. Fortunately, the event and the speeches were widely reported in the press, which means that we have good evidence for what was said that night. There were, of course, many rather ponderous jokes (not least from Arthur Stanley and Robert Lowe) about the historicity or otherwise of the millenary, which, to judge from the interjections of  ‘(Laughter)’ in the press cuttings, clearly went down very well with a well-lubricated audience. There were, however, two more serious speeches, however, which shed interesting light on some of the guests’ reactions to the consequences of the 1871 Act, then just a year old.

The fourth toast was to ‘The Church’. This was proposed by Univ’s then Master, George Bradley. As an article The Times of 14 June 1872 reported it, Bradley, ‘while acknowledging that the old connexion between the Universities and the Church, which had made the position of a Fellowship almost synonymous with Holy Orders, was passing out of date, drew attention to the benefits which the college had received from clerical benefactors, from William of Durham down to the late honoured Master [Frederick Plumptre, who had died in 1870]. If in future times the severance between the clerical and a University life should still continue, religion need not suffer or feel itself banished from practical influence on College life.’ 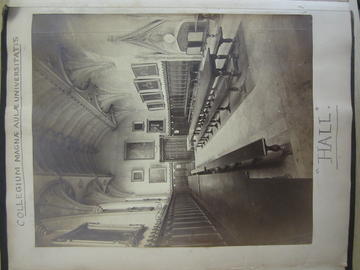 The reply to the toast was given by a former Fellow, Piers Claughton, who had gone on to become Bishop of St. Helena in 1859 and Bishop of Colombo in 1862. In 1872 he had just retired back to England from the latter post. His reply suggested that he was not so optimistic about the future. According to The Times, Claughton said ‘that the change referred to by the chairman had come so suddenly and forcibly that they must bear with the clergy if they showed signs of alarm. They had to stand outside, where before they were able to stand inside, but their assistance was still essential. He believed that a bright future was in store for the Church, though at present the sky might be stormy.’

George Bradley was very much at the liberal end of the Church of England. He had been a reforming headmaster at Marlborough, and, when he came to Univ in 1870, he took great pains to improve academic standards there. A few years after this grand dinner, Bradley came to know Christian Cole, the first black African undergraduate at Oxford, and was one of those who offered him important support, not least when he made Cole a member of Univ in 1877 after Cole had completed his BA. Bradley would also be a keen supporter of the initiative to create Oxford’s first women’s Colleges. 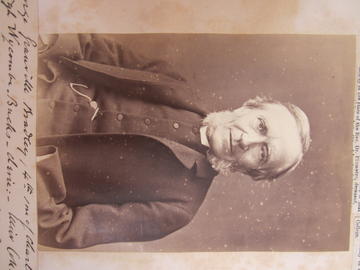 Claughton, however, was much more typical of “old” Oxford. Before setting off to the colonies he had been vicar of a rural College living, Elton, in Huntingdonshire, where he evidently took his pastoral duties seriously, to the point that it has been claimed that he invented the modern harvest festival.

Bradley and Claughton therefore represent very different wings of the Victorian Church of England, and it is valuable to see their reactions reported so precisely. It is unsurprising that Bradley the liberal should take a fairly optimistic view of the future of relations between the Church and Oxford, but Claughton must have spoken for many, more conservative, clerics when he saw stormy skies ahead, and expressed such distress at feeling himself and his kind effectively excluded from Oxford. Nothing in the reports of the feast reports on how these two speeches were received.

When so few official records relating to the 1871 Act are preserved in College archives, it is thus especially valuable to have these reactions captured on the wing, as it were, to a change which was still so very new. 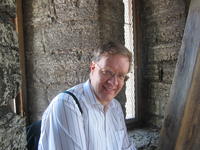